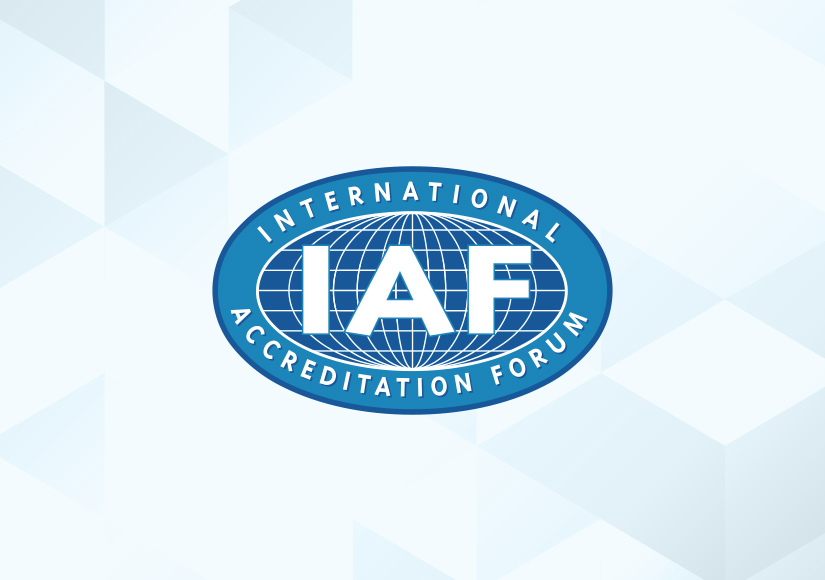 by IAF Communications and Marketing Committee

To gain a clearer understanding of the value of accredited certification, IAF carried out a survey of businesses in 40 different economies. The survey aimed to clarify the drivers for seeking certification, the factors involved in choosing a certification body, and the extent of any benefit derived from the certification process.

A full report of the results attached below.

Over 4,000 responses were received from businesses of all sizes operating across a diverse range of industries. While the majority of respondents were responsible for managing quality within their organization, over a quarter of respondents were either finance directors, marketing managers or other senior management personnel. This indicates that the value of certification is recognized across the spectrum of business functions, and not just in the traditional quality management arena.

This is positive news for accreditation bodies that invest a significant amount of time and resources in raising awareness of the benefits of accredited certification among businesses, government departments and regulators. The primary motivation for this is to enable organizations to make an informed choice on which certification bodies they use. Using an accredited certification body should assure the organization that it will get the business benefits and value it pays for. But was this recognized by those who responded to the IAF survey?

Over 80% of all respondents reported that certification had added value to their organization. As a more quantifiable measure, around half of all participants have seen an increase in sales as a direct result of the certification.

Taken together, these figures indicate that certification is something that organizations are choosing to seek, primarily to improve internal operations and to provide customer confidence, rather than something that is done begrudgingly merely to tick compliance boxes. Itâ€™s not just the larger companies that are realising these benefits though, as nearly two thirds of respondents work in SMEs, half of which have less than 50 employees.

The survey also revealed that the vast majority of organizations use certification bodies that are based in their local economy, with less than one in 10 seeking certification from an overseas organization. To help them through the process, 60% of respondents reported that they commissioned the services of an external consultant.

The findings of the survey confirm that businesses are generating significant benefits and added value from accredited certification. Not only is it being used as a tool to deliver internal business improvement and to meet regulatory compliance, but businesses confirm that it has a positive effect on revenue. Given that the majority of businesses that responded to the survey (57%) employed less than 249 people, accredited certification clearly benefits small to medium sized organisations, as well as large multinationals.

Businesses taking part also reported high levels of satisfaction with the certification process in terms of the timeframe to achieve certification and the competence of the assessment teams. Given these positive findings, businesses perceive accredited certification as providing value for money.

Nearly all of the businesses that took part in the survey (91%) selected an accredited certification body, providing an assurance that these organisations have the required competence and impartiality to do so as evidenced by fulfilment of international standards and requirements.

The IAF has an ongoing initiative to capture feedback from the market in order to deliver value added outcomes, and so we would like to thank those who took part in the survey. IAF would also like to thank Databuild, a leading independent market research company, for their help in developing the survey and approving the results.

This website uses Google Analytics to analyze how users use this site. By continuing to use this website, you consent to our use of these non-personal cookies.
You can also opt-out from being tracked by Google Analytics with effect for the future by downloading and installing Google Analytics Opt-out Browser Addon for your current web browser: tools.google.com/dlpage/gaoptout.

This website uses cookies to improve your experience while you navigate through the website. Out of these, the cookies that are categorized as necessary are stored on your browser as they are essential for the working of basic functionalities of the website. We also use third-party cookies that help us analyze and understand how you use this website. These cookies will be stored in your browser only with your consent. You also have the option to opt-out of these cookies. But opting out of some of these cookies may affect your browsing experience.
Necessary Always Enabled
Necessary cookies are absolutely essential for the website to function properly. These cookies ensure basic functionalities and security features of the website, anonymously.
Functional
Functional cookies help to perform certain functionalities like sharing the content of the website on social media platforms, collect feedbacks, and other third-party features.
Performance
Performance cookies are used to understand and analyze the key performance indexes of the website which helps in delivering a better user experience for the visitors.
Analytics
Analytical cookies are used to understand how visitors interact with the website. These cookies help provide information on metrics the number of visitors, bounce rate, traffic source, etc.
Advertisement
Advertisement cookies are used to provide visitors with relevant ads and marketing campaigns. These cookies track visitors across websites and collect information to provide customized ads.
Others
Other uncategorized cookies are those that are being analyzed and have not been classified into a category as yet.
SAVE & ACCEPT